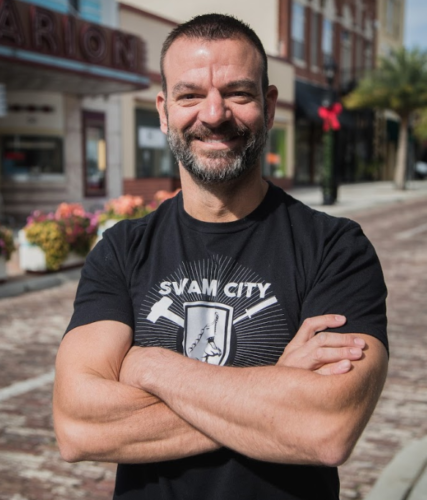 Dave walked into his school’s weight room in Holland, MI during his junior year and has never looked back. Ever since then fitness has been an integral part of his life, an asset that served him well during his tenure in the Marine Corps and as a police officer in Honolulu. He discovered CrossFit in 2008 after returning to Michigan, and spent many an hours in his basement gym working out as well as studying and teaching himself the movements, philosophy, ideology and programming skills integral to CrossFit. In 2014 he earned his Level 1 Certification and followed up with his Level 2 a couple of years later. Dave has over four years experience coaching at the affiliate level, as well as competing in many local and regional CrossFit Competitions as both an individual and team competitor.